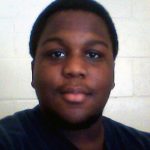 Montel is an only child raised solely by his mother who relied on child support to remain stable. When Montel turned 18, his mother lost this financial support she relied on so heavily.  Shortly after his birthday, Montel became homeless. Montel and his mother found their way to the Commonwealth Catholic Charities Homeless Point of […]