Joseph Carter started selling drugs at 14 years old. His father struggled with alcoholism, and his mother had a substance use disorder. Unable to break the cycle of addiction, Joseph fell into a life of selling and using drugs for more than two decades. Last year, Joseph found The Healing Place, which led him to the CARITAS Works program. He graduated with Class 50.

“To be honest, I didn’t know what I thought of construction,” Joseph said. “I thought they were just going to teach us how to pour concrete.”

Joseph was one of 14 participants selected for the pilot program. All participants had previously completed either the Sheriff’s Office’s re-entry program called Recovering from Everyday Addictive Lifestyle (REAL) or CARITAS Works.

“The new program helps participants with barriers to employment work toward a career instead of just a job,” Marilyn said.

Participants worked through the NCCER (National Center for Construction Education & Research) core curriculum and earned a CPR certificate and OSHA (Occupational Safety and Health Administration) 10 certifications . They received a stipend as they worked 20 sessions during a four-week period. They completed the program last week and many were offered a job that day.

“I thought I’d learn the trade I wanted to. But it was a little bit of everything,” said Avante Johnson, Class 47 graduate. “It gave me the ability to be flexible if I needed.” 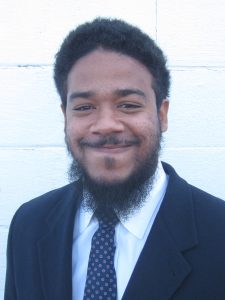 Monday through Friday, participants trekked to the classroom on VCU campus by 8 a.m. In the afternoon, they took a test on the day’s material. The course sharpened their math skills, taught them to decode blueprints, and helped them understand the business behind construction. “The instructor was marvelous. You could tell he cared about us,” Avante said.

Avante had an interest in electricity from a young age, but struggled with drugs during high school. After being “tired of getting in trouble,” his family helped him enroll in The Healing Place.

“It was the best decision of my life,” Avante said. “I let [the staff] know what I wanted to do in my life and they helped me do it.”

Joseph explained how his experience in the CARITAS Works program helped him in job interviews.

“After 27 years on the streets, people hadn’t interviewed me,” Joseph said. “CARITAS taught me how to do interviews. I was excited.”

Joseph and Avante both agreed that the construction class and Works allowed them to connect with people, learn how to manage their budget, and find hope in the future.

“Going through this process made me be able to let my guard down and rely on someone else for help,” Avante said. “I learned that before at the Works program, now I can exercise that. I’m excited to get to the point where I can take care of things myself [and] have connections myself.”

His smile and hope for the future are contagious.

Read more about the partnership here.