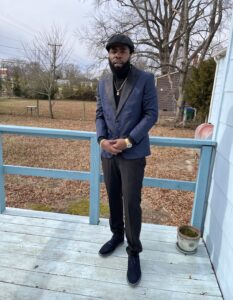 When Anthony “Mo” commenced from the CARITAS Works program seven years ago, he was nervous about finding a job. He had child support payments, court fines, and a long history of incarceration and drug use. He was ready to work and needed to start earning. That evening, he went to an NA meeting and shared his fears.

Shortly after the meeting, an NA member called a staff member at The Healing Place and asked if anyone was looking for a job. THP employee Edward Lee recommended Mo, who soon got a call. The NA member offered to pick up Mo to start work at Symbol Mattress. Mo started working the following day. In January 2022, he celebrated his seven-year work anniversary at Symbol.

“There were a lot of tired days. I took side jobs. I still had court fines and child support and my checks were always short because those costs were still being taken out,” he says. “I eventually alumnied out of the program and got my credit right. I felt a sense of accomplishment and I wanted to do more.”

During those seven years, Mo also earned his High School Diploma, restored his voting rights, became a certified Peer Recovery Specialist, bought a home, and invested in rental properties. He also started “Clean Dreams LLC” through which he does speaking engagements in jails and institutions around the area.

“I have to give thanks to The Healing Place and CARITAS,” Mo says.

Mo grew up in a low-income housing community in Richmond with his grandmother, who also raised his older brother. Both sides of his family struggled with substance use, he says.  While he was in high school, “he got hooked up with the wrong crowd and started getting into trouble.”

Mo was expelled and spent time in the Juvenile Detention Center on and off until he was 18. He was caught up in the “lifestyle.” He wasn’t actively using drugs at first, but he was selling them.

By 2004, he started using heroin, Percocet, and ecstasy. Repeat possession charges landed him in jail again and again.  He completed boot camps, detention, and diversion programs, but nothing stuck.

“My mind wasn’t on change and The Healing Place wasn’t open yet,” he says.

And then, it was.

Mo was released from jail in December 2013. His first stop was to get dope. Then, he headed to his grandmother’s house. Shortly after he arrived, his mom pulled up in her van and offered to drive him to The Healing Place. He obliged and started his recovery journey at The Healing Place that day. After four months, he relapsed while in the program, but former Director Al Jackon gave him another opportunity. Mo agreed to take the second chance and he made the most of it. 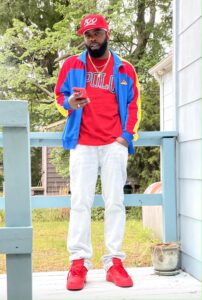 From The Healing Place to Works

“The program made me see me, made me address my behaviors, and learned how to be responsible,” he says. “I didn’t have role models, but I could see them all around me there.”

Mo eventually made his way to CARITAS Works, one of the final steps to completing the educational component of  THP. Director of Workforce Programs and Training Marilyn Milio was there to greet him. Mo was one of Marilyn’s first students in her 3rd class of CARITAS Works, Class 32.

“He said to me, ‘I’ve never been out of the projects and never had a job,’” she recalls. “I remember the moment he stood up straight in class and said ‘I get it.’ Everything was connecting and he realized there were other options he could take in his life. He didn’t have to go down a path of negative behavior. The first step would be getting a job.”

In CARITAS Works, Mo learned just how to do that.

“I learned that coming to work on time meant coming early, how to properly plan, and how to dress for success,” he says. “I felt a sense of what it meant to be a grown man.”

Mo commenced from the workforce development program in December 2014. By January, he was working at Symbol. Today, Mo is an active THP alumnus, homeowner, volunteer, and friend. He’s committed to continuing to grow and attends AfterWorks sessions at CARITAS.

“I’m still connected with The Healing Place,” he says. “These are my friends, they are there for me. I want to be there for them and give back.”

Since 2011, 814 participants have completed the CARITAS Works Program. We’re excited to see where the next seven years lead Mo and students like him.

“That building saves lives and the CARITAS Center will do the same,” he says. “We have a fellowship of men and now they’re building a fellowship of women who share the same problems as me.”